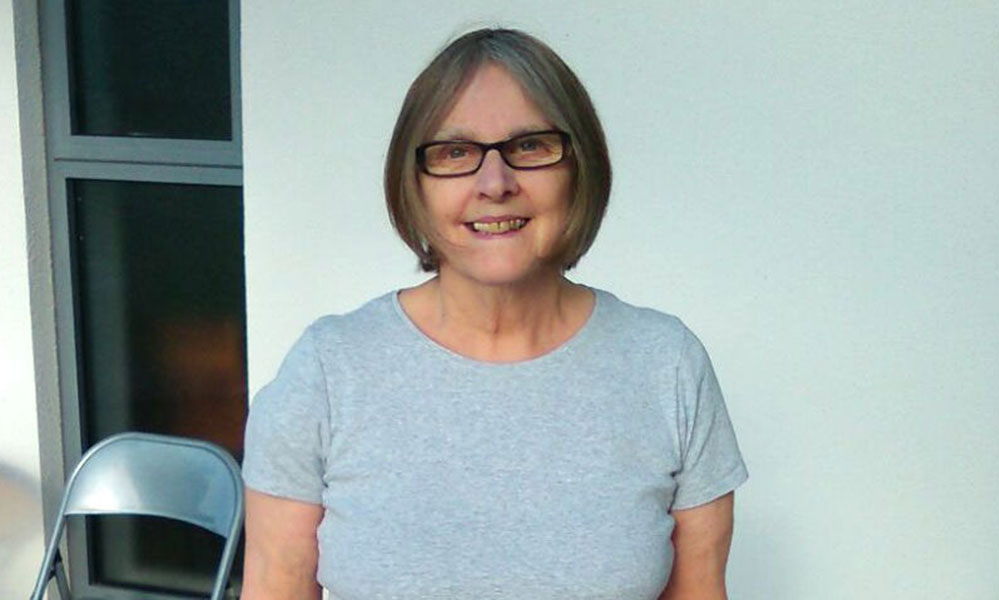 Having battled bladder cancer, Gwen Frost, 71 from Canterbury, was looking forward to getting on with the rest of her life. But a side effect of her radiotherapy treatment left her bleeding heavily from her bottom up to 10 times a day, every other day. Gwen became so anaemic she needed a blood transfusion – until she found hyperbaric Oxygen Therapy at Kent MS Therapy Centre…

“In 2013 I was diagnosed with bladder cancer and had radiotherapy as part of my treatment every weekday for a month.”

Luckily, the treatment worked and cleared me of cancer. But in April 2014 I started noticing bleeding from my rectum. It came on gradually at first and would happen when I was urinating – blood clots would just fall out of my bottom into the toilet.

To start with it was 4 times a week, then over months it slowly increased in frequency to about 10 times a day every other day.

It was uncomfortable and distressing, and I lost so much blood I was left severely anaemic and needed a blood transfusion.

After tests, the bleeding was diagnosed as proctitis, an inflammation of the lining of the rectum. It’s a known after-effect of radiotherapy, and happens when radiotherapy damages the veins so they struggle to heal.

I was also on Warfarin for a heart condition called atrial fibrilliation, and to see if that would make a difference took myself off that with my doctor’s agreement. Although my bleeding halved, I still wanted to find a solution – and my GP didn’t seem to have one.

One day by chance I saw a newspaper article saying that hyperbaric Oxygen Therapy could help with conditions other than MS.

Kent MS Therapy Centre, with its hyperbaric Oxygen Therapy chamber, is just round the corner from where I live so I called to find out more.

Before I could start treatment, my GP needed to give her agreement. Although she hadn’t known about how Oxygen Therapy can help with tissue damage after radiotherapy – she may not have even heard of it – she was willing for me to do anything that might help.

Around that time I mentioned Oxygen Therapy to my oncology consultant, who was aware of it and recommended it himself.

In summer 2014 I had my first 20 sessions of Oxygen Therapy. There was a huge improvement immediately – my bleeds reduced to four a month, and the clotting was less. A month or so later, I went back for another 20 treatments.

As of November 2015, I’m free of bleeding – and I’ll go back for more treatments if I ever need it as I know it’s made a dramatic difference.

My wish is that more people who suffer from the same after-effects of radiotherapy report what’s happening so GPs have more awareness of proctitis – and how Oxygen Therapy can help.”

Hear from Gwen herself in this video interview.